“Music can name the unnameable and communicate the unknowable.”     – Leonard Bernstein 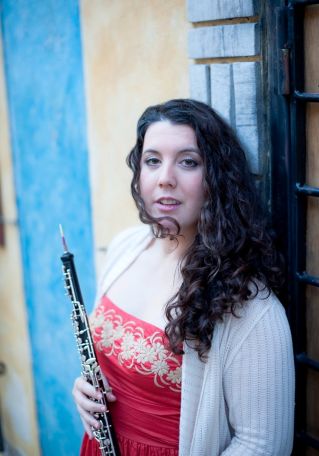 Continued from the home page:

She has recorded with multifaceted artists including jazz trumpet player Dominic Faranacci, the West Point Army Band, award-winning folk singer/songwriter Emily Mure, and the Atlanta Symphony Orchestra under the direction of Robert Spano.  Emily has had the pleasure of performing at world class venues such as Carnegie Hall, Avery Fisher Hall at Lincoln Center, and Symphony Hall in Atlanta, GA.

In addition to her performing career, Emily is an avid educator and music, outreach advocate.  She is a candidate for the Doctor of Musical Arts degree at Manhattan School of Music and has maintained a private teaching studio since 2003. Emily was a member of In The Pocket (a teaching artist collective in NYC) and a woodwind coach for the Interschool Orchestras of New York.  She was honored to have been chosen as a doctoral fellow for the Manhattan School of Music Outreach Program from 2009-2012, where she supervised and taught group music lessons to students in schools in the Harlem, Washington Heights, and Morningside Heights neighborhoods in NYC.

Emily moved back to Ithaca New York in the fall of 2012 to teach oboe at Ithaca College as Paige Morgan’s sabbatical replacement.  In January of 2013, Emily was appointed Visiting Lecturer in Oboe at Cornell University and has performed in faculty recitals and their Midday Music series.  Emily regularly performs in Central NY and has played with Symphoria, Rochester Chamber Orchestra, Syracuse Society for New Music, Cayuga Chamber Orchestra, Tri-Cities Opera, and more.  Emily teaches private oboe, beginner clarinet, and beginner piano lessons to all ages in the Ithaca area.  Please visit the Teaching page for more details.